When austerity is a choice

"You only live once, but if you do it right, once is enough." ~ Mae West 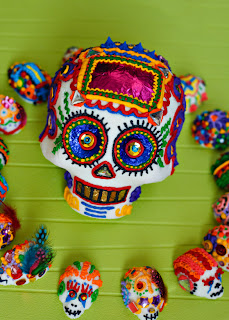 Walking down the aisles in the Halloween candy section of Target your mouth starts to involuntarily water as the walls of creamy, yummy, melt-in-our-mouth candy envelops you. It wraps you in a blanket of psychological comfort like few other things.

Based on the number of candy grabbers that hit up your door last year, you toss the exact amount you need for the cute but borderline aggressive Trick or Treaters. As you walk away, you decide to grab one more bag "just in case." Never mind that extra bag is your absolute favorite type of candy -- Hmph...as if you're REALLY going to eat it!

Everyday we are bombarded with visual cues like this. We run through each hour of each day with very good intentions, but research already knows those good intentions will likely be abandoned as our day wears on. We then blame ourselves and call ourselves weak and lazy when really it's less about that and more about the internal cycle we ride and even perpetuate (and exaggerate) with our choices and actions. 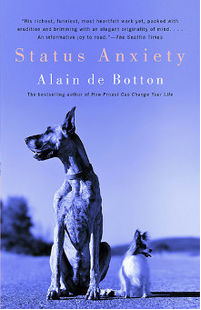 At the moment I'm reading Alain de Botton's book Status Anxiety. In it he mentions then vice president Nixon's 1959 visit to the USSR when he showcased the USA's industrial achievements through an exhibit of the average home of a working class family. During a speech he gave on Soviet radio, de Botton notes that Nixon accurately recounts, much to Khrushchev's chagrin, the following:

"...in just a few hundred years, Western countries had managed, through enterprise and industry, to overcome the poverty and famine that had gripped the world until the middle of the eighteenth century...Americans had purchased 56 million television sets and 143 million radios."

To the Soviet listeners this was astounding and to Khrushchev painfully embarrassing. Political tension aside, what was more important about this moment was how far we'd traveled as a people. de Botton continues:


"The majority of the population of medieval and early modern Europe had belonged to the peasant class. Impoverished, undernourished, cold and fearful while alive, they were usually dead -- following some further agony -- before their fortieth birthday. After a life time of work, their most valuable possession might have been a cow, a goat or a pot. Famine was never far off, and disease was rife..."

In just a matter of a few hundred years thanks to new industry and farming techniques, people went from a questionable existence in desperate conditions to a state were luxuries were commonplace and even seen as "necessities." This prosperity was reflected in annual styles in fashion to multiple types of processed foods, machines, and clothing.

Suddenly people -- NOT just the exclusive minority -- had options and A LOT of them. During this time marketing as a discipline was born and the idea of "have to have" and "nice to have" was turned on its ear.

Examining your habits through their austerity 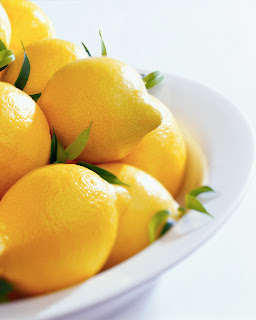 A friend of mine is in the process of going through a 14-day cleanse which involves a lemonade concoction and no solid foods. Other friends of mine have gone through the same experience, and I have done a variation on the theme myself from time to time over the years. All of us had different reasons for participating in such an extreme experience, and all of us seemed to get something out of it.

I find it curious, however, that while we live in the most prosperous time in human history, we choose to practice austerity. Why?

People in less prosperous nations would love to have half of what we have in the western world and yet we consciously practice NOT enjoying it (or we go to the other extreme and lose ourselves in it).

Could it be that we can actively practice austerity to "return" to ourselves because we know it will end?

I think it's true we can do most anything thing unpleasant as long as there's hope it will end. My time in the military and in war taught me this. At that level, it's just a game, a puzzle to be solved.

Immersion in "have not" becomes... 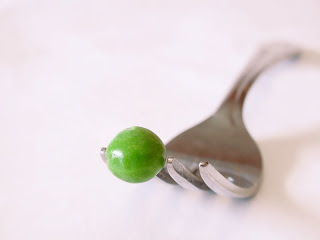 When you're hungry, priorities shift. Things that seemed important in your everyday life are less so as your body adjusts to its new current state. As the body is shifts into survival mode, your metabolism slows while your insides try to be as efficient as possible with limited resources.

Then your chemistry alters which influences how you think and what you feel. Awareness is raised as you experience more direct interaction between mind and body because the "clutter" of your day is forgotten. You have the opportunity to observe ego - your internal chatter. In time even that grows quiet. You begin to experience the ebb and flow of focus that follows the rhythm of your body's response to deprivation. The experience makes us ask ourselves why we do what we do day in and day out.

Countless people have voluntarily fasted for long periods of time. It's been used for radical behavior change, political protest, and military discipline. Austerity was and still is considered a right of passage for religious practice. Even the Buddha practiced austerity, but interestingly Enlightenment didn't live in austerity as he and others eventually discovered.

The more we have the less we feel...
Caloric restriction reminds me of the dying process or any other type of event we personally deem critical. Suddenly what was so important becomes less so. The things we did to fill our days are now unappealing and in some cases seem indulgent or infantile. Caloric restriction makes us really feel again. 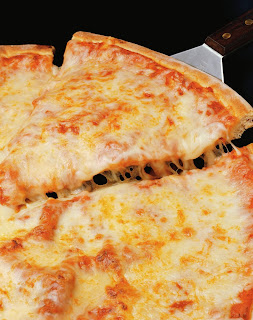 My first experience with this was way back in undergrad school. I was a sophomore with the classic "freshman 15." In my first year or so of adjusting to adulthood I did too much of somethings and not enough of others. As a result, I gained weight, felt sluggish, and wondered if I'd ever climb out of the rut in which I'd taken up residence.

One day I ran across an article in a magazine that asked a simple question: Do you remember what it feels like to feel hungry?

"Well, no, as a matter of fact, I don't," I thought. It was right then I resolved to rediscover it. I fasted, and oh boy, it didn't take long to remember. This and subsequent health issues of important people in my life kicked off a long journey of experimentation with my relationship to food, drink, and exercise.

The light and the dark sides of austerity
Challenge and change are beautiful things. It's deeply empowering to take charge of yourself and your behavior. But as people who don't have as we do would tell you, it's not all that it's cracked up to be. After living and/or working in many third world countries, I know this first hand.

I'm not trying to be a killjoy for anyone wanting to experiment, change habits, or test themselves. I just want to share what I've learned over the many years I've practiced caloric restriction. I feel great when I do it - no doubt. I need less sleep, I'm more focused, and I feel lighter which consequently makes my workouts better, my relationships happier, and my production greater, but there's a dark side. 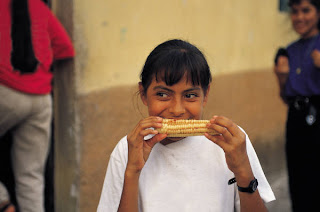 I've learned when I don't get enough calories, my experience of life and being in life are severely impacted. I grow dark, irritable, and depressed. I cut people off and feel less giving and caring for others. At first I feel more control only to have very little control in the end.

Using a diet like this to radically change habits can be helpful, but it should include  some raw fruits and vegetables and be limited it to a few days especially when exercising intensely. Austerity raises awareness of so much, but it can also generate some nasty results as noted in the WebMD article The Lemonade Diet (Master Cleanse Diet).

Ride on the edge of discomfort. Challenge yourself everyday. But don't do it to the point of losing yourself and even others in the process.
Posted by Alison Sigmon at 2:18 PM