Run to keep from tripping: Turning habits and routines into reflexes 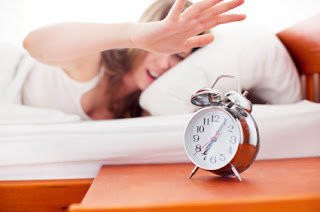 The alarm goes off. You think, "I should workout," but then question the wisdom of such a thing when you can't even find the button on your alarm.

As you're getting ready for your day, you catch a glimpse of your running shoes faithfully waiting for you in the last place you put them. This time you say to yourself, "I'm almost ready to scoot so I'll hit it this afternoon."

The day is full, and at the end of it you feel like you've been passed through a meat grinder. As you scan the fridge or the cupboards at home for crackers, chips, cookies, or anything that will take the edge of the day, you remember your running shoes. Reaching into the bag of crackers you just found you say out loud, "I'm beat. Tomorrow I'll do it for sure."

And what of tomorrow? In the back of your mind you know it will probably play out just like today.

Habits are a curious thing. Habits are the basis of our routines. Routines are what give us some sense of immediate control, comfort, and familiarity. Even when I'm traveling I maintain aspects of my routine that I established long ago. It's the routine that reduces anxiety, takes the edge off, and makes things feel more NORMAL.

Several years ago I traveled to Sydney, Australia. In total it was a 17 hour trip from where I lived at the time. It wasn't my first long trip across the ocean, but it was brutal nonetheless. By the time I arrived at my hotel, I was completely exhausted. People there were just getting rolling with their day when I was simply trying to figure out what day it was. At home it was winter. There it was summer. The date I left was very different from the date when I arrived. At least the hotel was nice and had a cozy bed that called me with a very strong, enticing voice.

The minute I heard that captivating, hypnotic "call" I reached for my running shoes. I didn't even think about it. It was reflexive. I put them on and hit the streets. Eight miles later I felt energized, awake, and oriented to a strange but beautiful city. I discovered the Royal Botanical Gardens, Sydney Opera House, and the biggest bats hanging from trees that I'd ever seen in my life. Although they are referred to as "flying foxes," I swear they looked like cats hanging upside down. I remember feeling stunned and amazed when I looked around and no one sitting at tables under them and walking around them seemed the least bit phased. If my reflexes had not been fully intact that day, I would have missed this sight and so much more.

Now the point of this is not to talk about bats. It's about taking the road less traveled - the road that's harder to take especially in the face of easier paths. The habit you form today will be your reflexes for tomorrow.

When I was a kid I was on the cheerleading squad, drill team, and track team. I played tennis, did a ton of hiking, and was basically a committed tomboy. As I got older I tried weightlifting, aerobics, kickboxing, tai chi, and yoga. I also ran off and on throughout my life participating in 3K, 5K, and 10K races. While running is the one activity I've done consistently, it didn't come easily.

I remember the times I struggled with getting started and every step I took while on a run was a grueling chore. My mind was filled with sabotaging statements at regular intervals.
- "Just turn around because your lungs can't handle it."
- "You don't have time for this - there are a gazillion other things that need to be done."
- "That pain in my leg is just going to get worse."
- "You'll never be the best runner so why bother?"
- "No amount of this will get you the body you want."

And the chatter went on.

Over time I found it wasn't my body with which I battled but rather my head. It felt like a war raging inside of me. My mind stayed on high alert for the least hint of pain or discomfort. It canvased the never ending To Do list in the back of my head. But what it boiled down to is that it WAS HARD, it TOOK TIME, and results didn't COME FAST ENOUGH.

I thought about all of this yesterday after my 13.31 mile run. A friend of mine is getting back into running after sustaining an injury six months ago. I had gotten into a bit of a rut with my own runs, and so we decided to challenge each other. Now, I don't like to admit that I'm competitive, but, yes, I'm deeply competitive. If someone teases me, doubts or says I can't do something, or issues a challenge, I'm probably not just going to take it on but instead try to one up even if it's just a little bit. This competitiveness is less about winning and more about deepening the experience of my routine so the positive experiences drown out the negative chatter.

Below I have a trip with pics in HipGeo that I took while on my run. Times for my run can be seen at http://www.mapmyrun.com/workout/193539947 if you're interested.

You don't have to take up running. The activity is not as important as the regular practice. If it is positive, it will make you feel more present with yourself and others and give you some sense of accomplishment. The more you do it, the less control the negative chatter in your head will have because it becomes reflexive. You just do it.

Change is big so start small. Pace yourself. Celebrate little wins along the way. It's been a while since I've run this far, and standing in my closet I almost talked myself out of it. I'd already showered and was settling into a lazy Sunday afternoon, but then I remembered Australia and reached for my running shoes. I would miss something if I tripped on this commitment to myself and the guilt would ruin my "lazy" Sunday.

At the end of it I whooped, laughed, and hugged myself. I was exhausted but euphoric. I'll take that feeling over guilt for not doing it any day of the week.

Glad my reflexes didn't let me trip.
Posted by Alison Sigmon at 4:04 PM