I'm still reeling from the news about the death of Steve Jobs.


My plane had just landed at Reagan National Airport in Washington, D.C. I'd  glanced at one of my favorite game apps, Words With Friends, and noticed that a dear friend and former Apple employee with whom I've played this game for a while had changed his profile picture to Steve Jobs. I knew in an instant that Mr Jobs had died. I quickly jumped into the NPR app and confirmed my intuition. The irony of my actions is a little eerie... Thanks to this man's vision, I was able to quickly confirm what the world just lost.


It's unusual for me to be so deeply affected by the death of someone I didn't know personally. At first I thought it was because I'd lost my mother to cancer a few years ago, but I know it's not really about that.


I think it's because he brought art and intuition into the domain of science and engineering. He felt his way through things instead of just always thinking his way through. He was incredibly human. His failures exceeded his successes, but he still picked himself up and went on.


Simply put, he had the courage to admit when he was wrong and start over.


He lived with passion - something that's very, very important to me, but something I have to admit I've only partially, openly embraced as I've navigated and wrestled with the conventions of living life. 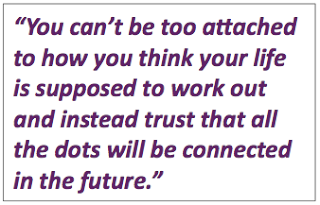 I think the biggest impact he's had is not just influencing others - it's inspiring others. This, I feel, strikes at the heart of my response to his death. People feel happy, empowered, smart, excited, connected, and passionate through using the products he and his team created. Now people don't just listen to music, they became part of the experience without working too hard to have it. How To manuals simply disappeared over the generations of products produced by Apple because they assumed the burden of effort for us.


The iPhone and iPad have created portable social experiences with people near and far and gave us more control to connect with things and people important to us.


His vision and relentlessness incited generations to Think different and think oh so BIG. Under his stewardship, Apple created product experiences that brought joy to people, motivated them, and helped them feel more alive and connected without them actively realizing it. It just seemed to happen as if it were part of the natural order of things. Those are things which I value.

Forbes published a well-written article about him called The Top Ten Lessons Steve Jobs Taught Us. Number four in the article particularly resonated with me - actually the last two sentences. Tears filled my eyes with the following:

"Years of your life on a start-up that didn’t pan out as you wanted — can turn out to sow the seeds of your unimagin­able success years from now. You can’t be too attached to how you think your life is supposed to work out and instead trust that all the dots will be connected in the future. This is all part of the plan."

While living in a given moment we don't always know why it's happening. We question (and even curse) the pain, anxiety, frustration, uncertainty, or strife felt when it's a tough experience. We celebrate, congratulate, and sometimes cling when it's a welcomed experience. It's only when we move beyond that given moment and take the time to reflect that we can understand what it all really, truly means to who we are today. 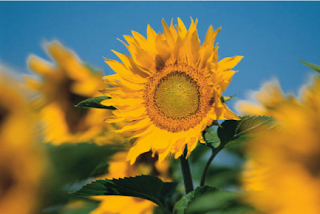 Steve Jobs seemed to live his life with presence, relentlessness, and passion. He once said he regularly asked himself if he was passionate about what he was doing at that given moment. He continued with saying if he said no a few times too many, then he knew it was time to do something else.

What are you doing in your life that inspires you and fuels your passion?
Posted by Alison Sigmon at 1:42 PM